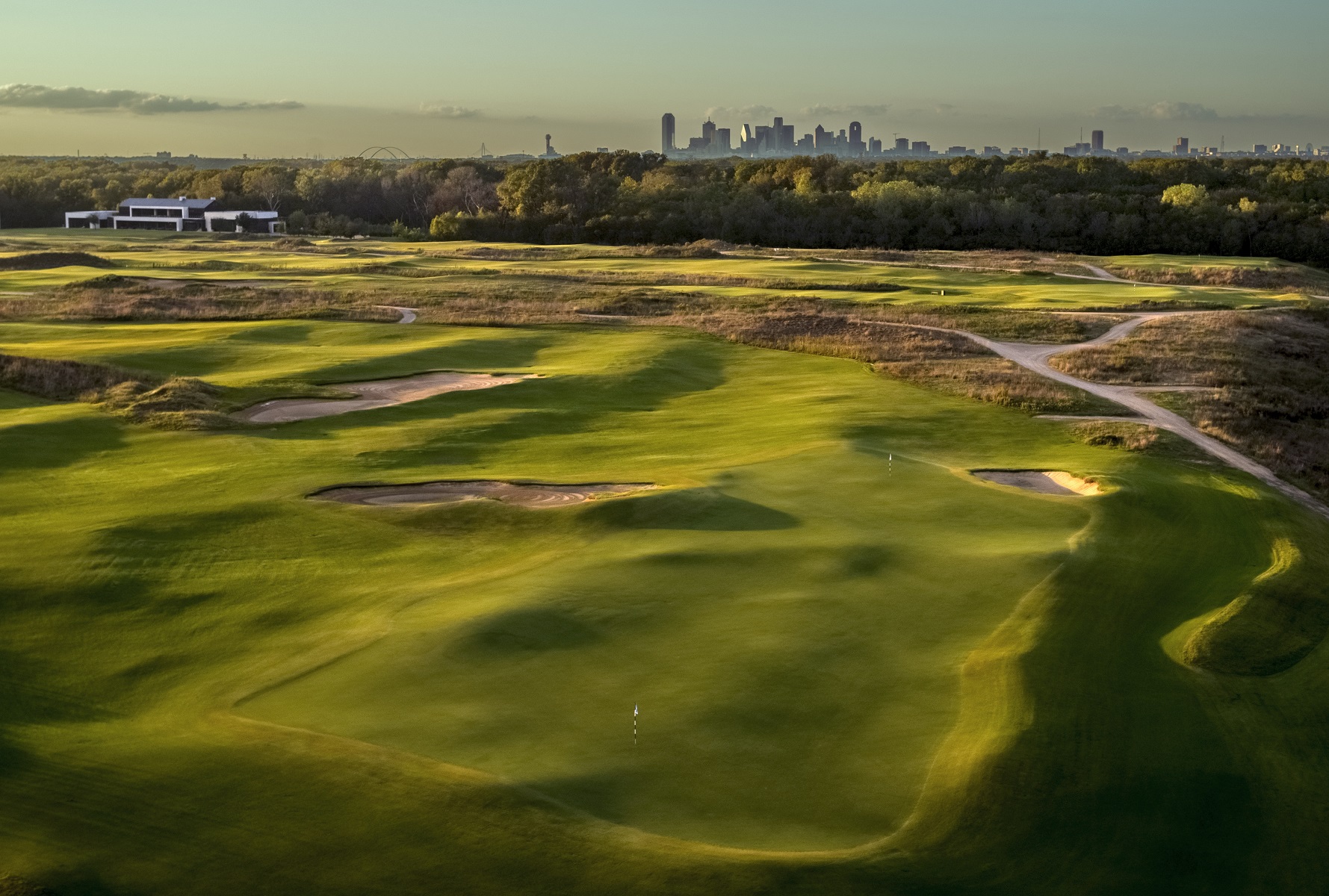 “We are very proud to welcome Trinity Forest as a USGA championship host,” said Mark Hill, USGA managing director, Championships. “The U.S. Junior Amateur and U.S. Girls’ Junior have not only become two of our fastest-growing championships, but they have served as pathways to great achievement in the game, and we look forward to bringing the world’s best juniors to this terrific course for the first time.”

Trinity Forest was designed by Bill Coore and Texas native Ben Crenshaw and opened for play in 2016. Surrounded by thousands of Great Trinity Forest hardwood trees, the course itself is treeless. It resembles the terrain of many classic links-style courses in Great Britain or the Northeastern U.S. as it weaves through an open meadow with rolling hills of sand and tall native grasses.

Located 10 miles southeast of downtown Dallas, Trinity Forest has hosted several prestigious events for both amateurs and professionals in its short history. It was the site of the PGA Tour’s AT&T Byron Nelson in 2018 (won by Aaron Wise) and 2019 (won by Sung Kang) and has twice hosted U.S. Amateur qualifying. The club is also home to the Southern Methodist University men’s and women’s golf teams and has held an annual NCAA invitational tournament since 2017. In 2023, Trinity Forest will host the Jackson T. Stephens Cup.

“The club and our membership are thrilled to welcome the USGA to Trinity Forest,” said Jonas Woods, co-founder of Trinity Forest Golf Club. “Hosting these prestigious amateur championships is an exciting next step in our efforts to support the growth of youth golf and enhance the game in the Dallas area. We look forward to showcasing the top junior golfers as they take on Coore & Crenshaw’s fun design.”

Trinity Forest was built on a former landfill and uses Trinity Zoysia, a turfgrass known for its sustainable attributes, requiring very little water or fertilizer. In 2018, the club was presented with Golf Digest’s Green Star Award for outstanding environmental practices and its efforts in reclaiming what was once an unauthorized dumpsite.

The 2025 U.S. Junior Amateur will be the 33rd USGA championship held in the state of Texas. The Lone Star State most recently hosted the 2021 U.S. Women’s Amateur Four-Ball at Maridoe Golf Club, in Carrollton, won by Savannah Barber and Alexa Saldana. It has previously held three U.S. Junior Amateurs, including the 2014 championship won by Will Zalatoris, and two U.S. Girls’ Juniors, most recently in 2004 won by Julieta Granada.