“This serves as another step in the process of team selection and is an opportunity for all involved to become more familiar with each other and begin to build team camaraderie. These decorated amateurs represent a talented group of potential team members, but we expect others will also be considered as the selection process moves toward its conclusion.” - John Bodenhamer, USGA chief championships officer 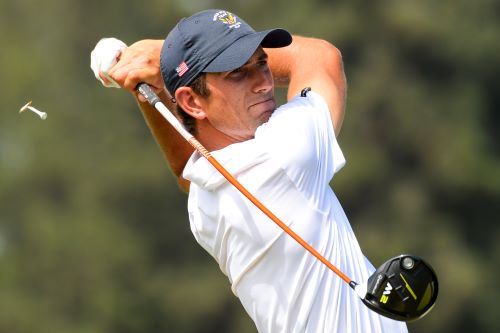 LIBERTY CORNER, N.J. (Nov. 15, 2022) – The USGA’s International Team Selection Committee has invited 16 players to attend a practice session Dec. 15-18 for the 2023 Walker Cup Match. The three days of practice will be held in Jupiter, Fla.

The following 16 players have accepted invitations to the practice session (with college affiliation):

“This serves as another step in the process of team selection and is an opportunity for all involved to become more familiar with each other and begin to build team camaraderie,” said John Bodenhamer, USGA chief championships officer. “These decorated amateurs represent a talented group of potential team members, but we expect others will also be considered as the selection process moves toward its conclusion.”

Mike McCoy, of Des Moines, Iowa, will captain the USA Team for the 2023 Walker Cup Match. He won the 2013 U.S. Mid-Amateur Championship, becoming the second-oldest champion in the event’s history at age 50. He has competed in 65 USGA championships, including 20 U.S. Amateurs, and was a member of the 2015 USA Walker Cup Team at Royal Lytham & St. Anne’s Golf Club in England. Earlier this year, McCoy won the R&A Senior Amateur Championship at Royal Dornoch in Scotland.

“The young golf talent in this country is impressive, and I’m thrilled to gather with this group for a practice session next month,” said McCoy. “We have a strong list of young men attending; a mixture of seasoned veterans as well as up-and-coming stalwarts of the amateur game. I’m excited to spend more time with this group.”

An invitation to the Walker Cup practice session does not guarantee selection to the team. Players not invited will also be considered for inclusion on the team. Ten of the 16 players from the December 2020 Walker Cup practice session competed on the USA Team in May 2021, when the USA defeated Great Britain and Ireland, 14-12, at Seminole. Seven of the 16 players who attended the December 2018 practice session made the 2019 USA Team that defeated GB&I, 15½-10½, at Royal Liverpool (Hoylake), in Merseyside, England.

The 49th Match will be played on the Old Course in St. Andrews, Scotland, Sept. 2-3, 2023. The Match is played over two days with 18 singles matches and eight foursomes (alternate-shot) matches. The USA leads the overall series that began in 1922, 38-9-1, but it has been tremendously competitive over the last three decades, with the USA holding just a 10-7 advantage in the Match since 1989. The R&A will select the 10 members of the GB&I Team, which represents England, Ireland, Northern Ireland, Scotland and Wales.