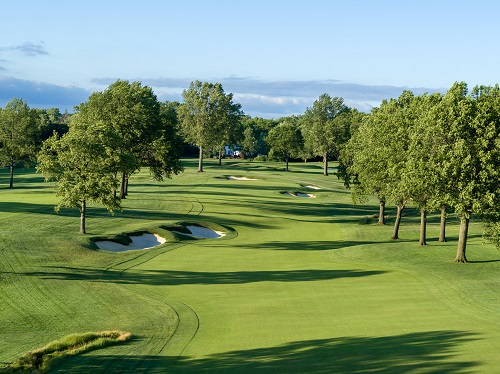 “We are thrilled to return to Canterbury Golf Club to conduct these three USGA championships,” said Mark Hill, USGA senior managing director, championships. “The USGA is excited to restore our relationship with this historic club and its enthusiastic golf community on such a fantastic layout. We know the club and its membership will provide an exceptional experience for our players as they compete for these coveted titles.”

These will be the sixth, seventh and eighth USGA championships held at Canterbury Golf Club, which last hosted the 1996 U.S. Senior Open, captured by Dave Stockton, who held off a hard-charging Hale Irwin to win by two strokes. The club also hosted the 1979 U.S. Amateur (won by Mark O’Meara), the 1964 U.S. Amateur (won by William Campbell), the 1946 U.S. Open (won by Lloyd Mangrum) and the 1940 U.S. Open (won by Lawson Little).

“Canterbury Golf Club is proud to continue its tradition of hosting national championships,” said Tim Cercelle, club president. “As we reengage our relationship with the USGA, it’s an honor to showcase our golf course to the world and play host to these prestigious championships that truly embody the spirit of the amateur game and support the next generation of golfers.”

Canterbury Golf Club’s 18-hole golf course designed by Herbert Strong, is a founding member of the PGA of America. It was routed to utilize the area’s natural topography, resulting in a demanding course with a wide variety of holes.

The 2027 U.S. Girls’ Junior will be the 42nd championship held in Ohio, and the second of the 2027 season, following the U.S. Women’s Open Presented by ProMedica at Inverness Club, in Toledo. The most recent championship in Ohio was the 2022 U.S. Senior Women’s Open at NCR Country Club, in Kettering. The 2029 U.S. Amateur Championship is also scheduled to be played at Inverness Club. The last USGA championship held in northeast Ohio was the 2012 U.S. Women’s Amateur, won by 15-year-old and future world No. 1 Lydia Ko at The Country Club in Cleveland.

The U.S. Girls’ Junior was first conducted in 1949 and is open to female amateurs who have not turned 19 on or before the final day of the championship and have a Handicap Index® not exceeding 9.4. U.S. Girls’ Junior champions earn an exemption into the following year’s U.S. Women’s Open Presented by ProMedica. Notable champions include Mickey Wright, JoAnne Gunderson Carner, Hollis Stacy, Nancy Lopez, Inbee Park, Lexi Thompson and Minjee Lee.