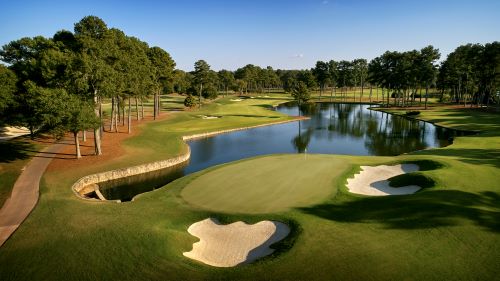 “We are thrilled to return to Atlanta Athletic Club to conduct these three USGA championships,” said Mark Hill, USGA senior managing director, Championships. “The USGA is looking forward to continuing our strong relationship with this famed club, which has been home to so many memorable USGA championships and legendary champions.”

These will be the seventh, eighth and ninth USGA championships held at Atlanta Athletic Club, including the 1976 U.S. Open, captured by Jerry Pate with a dramatic 5-iron shot on the 72nd hole. The club also hosted the 2014 U.S. Amateur (won by Gunn Yang), the 2002 U.S. Junior Amateur (won by Charlie Beljan), the 1990 U.S. Women’s Open (won by Betsy King), and the 1984 U.S. Mid-Amateur (won by Michael Podolak). The club was also the host of the 1950 U.S. Women’s Amateur (won by Beverly Hanson) on its original course which is now known as East Lake Golf Club.

“Atlanta Athletic Club is proud to continue its tradition of hosting national championships,” said Kevin Costello, club president. “Building on our enduring relationship with the USGA, it’s an honor to showcase our golf courses to the world and play host to these prestigious championships that truly embody the spirit of the amateur game and support the next generation of golfers.”

The U.S. Girls’ Junior will be contested at the club July 14-19, 2025. The USGA will name a competition course at a later date. First conducted in 1949, the U.S. Girls’ Junior is open to female amateurs who have not turned 19 on or before the final day of the championship and have a Handicap Index® not exceeding 9.4. U.S. Girls’ Junior champions earn an exemption into the following year’s U.S. Women’s Open. Notable champions include Mickey Wright, JoAnne Gunderson Carner, Hollis Stacy, Nancy Lopez, Inbee Park, Lexi Thompson and Ariya Jutanugarn.

One of the USGA’s three original championships, the U.S. Amateur is open to amateur golfers who have a Handicap Index not exceeding 2.4. A field of 312 golfers will play two 18-hole rounds of stroke play on each of the Highlands and Riverside courses before the championship is cut to 64 players for match play on the Highlands Course. The championship is decided by a 36-hole final, and the champion and runner-up are invited to the following year’s U.S. Open Championship.